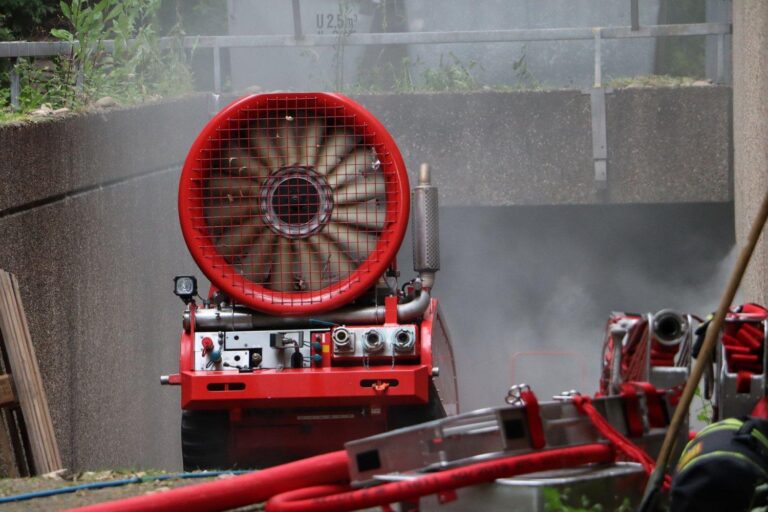 Almost 240 members of the "Frankfurt am Main"-firebrigade fought the fire in an underground car park in the "Preungesheim" district on Sunday evening and in the night from Sunday to Monday. A fire had broken out in an underground garage used as a warehouse. Dense clouds of smoke rose and made extinguishing the fire quite difficult.

An underground car park of about 1,700 square meters in an industrial hall complex was affected. The majority of the cars were vintage cars from various manufacturers. The fire was brought under control with heavy foam. The LUF 60 fire fighting robot was in operation as well.