In the second basement of the underground car park in the Draupark shopping centre in Villach, a fire broke out on Saturday afternoon, causing a lot of smoke. The fire itself was small, it came from clothes that had been burned.

Due to the smoke development, the fire brigade blocked the affected basement and no passers-by were allowed to enter the area. In order to make the basement completely smoke-free, the fire brigade of Gödersdorf with its LUF 60 was requested. The fire fighting robot was used to blow fresh air into the underground car park. 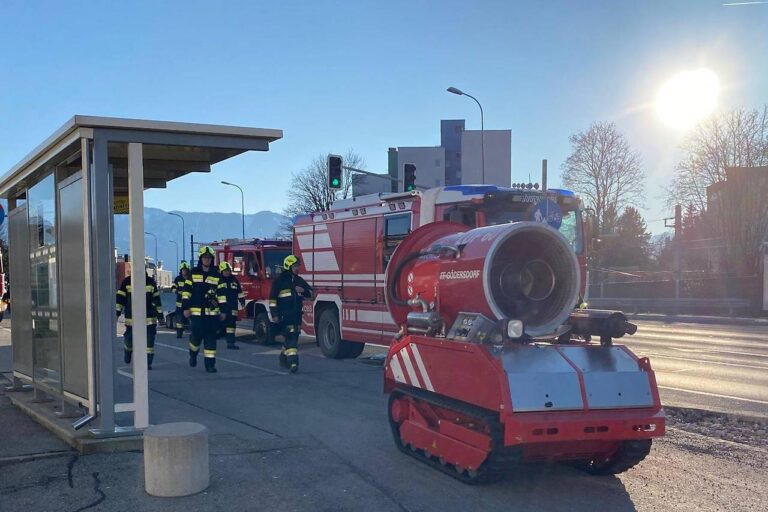 Fire chief from Bangladesh on inspection