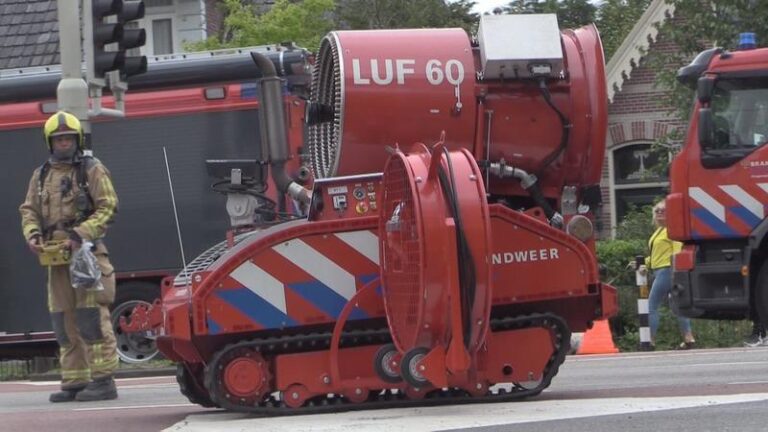 The fire extinguishing robot LUF 60 was used in a major fire in a garage in Alkmaar (Netherlands).
Due to the dense smoke and heat, the fire brigade was unable to enter the underground car park.

The heat and the black smoke made the extinguishing process a difficult task, which is why the robot was required. As there was no clear sight inside, the fire brigade first tried to remove the smoke with the help of fans.
The cars on the second floor of the garage didn't cause the fire. The fire seemed to have started in an enclosed area where mainly electric cars were parked.

The first reports say that an electric car caught fire at the charging stations. Around 9:30 a.m., the garage could be entered by the extinguishing robot.

To the Dutch article

“It’s a good thing that the LUF 60 extinguishing robot is there.”