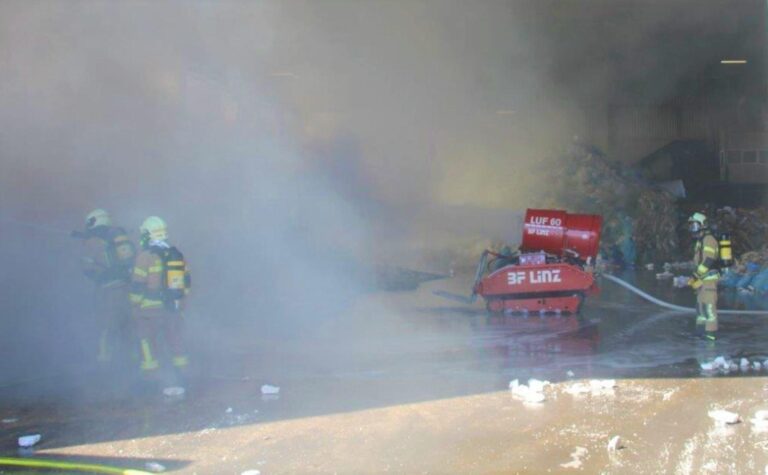 According to the company's fire prevention officer, three truckloads, a total of 60 tons of commercial waste, caught fire. The fire occurred during ongoing operations, which is why it was noticed immediately and the fire brigade emergency call was made. Nobody was injured.
To fight the fire, the emergency services used several pipes, a sprinkler system and the LUF 60 fire fighting robot. Once the fire had been brought under control, a wheel loader was used to take the rubbish outside and extinguish it there.

Cause of fire is with high probability self-ignition. However, there must have been an impurity in the garbage that ignited. As an example of this process of garbage-self-ignition, a lithium-ion battery that ignited a spray can is mentioned. The hall is now back in operation. 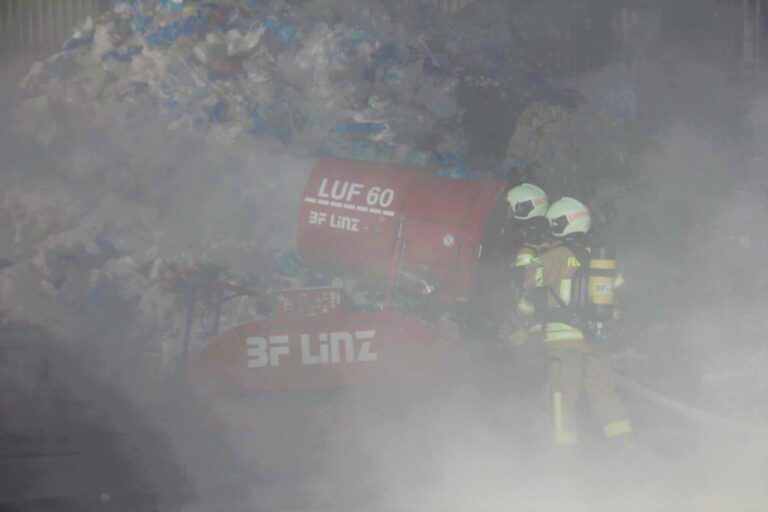